I had the opportunity to see Comedian Dane Cook this evening at the Jack Singer Concert Hall in Calgary.
It’s always fun to watch stand up comedy and keep up with what other great comedians are doing!
Good thing his mom changed his name to Dane…I’m not sure a night of stand up with Angus-McIsaac would have been as good. 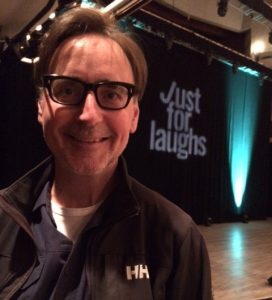 I have had the privilege to spend time overseas performing for our troops.
Today I remember all the brave men and women of our Canadian forces.
I am thankful for the peace and freedom I enjoy because of the sacrifices they make. 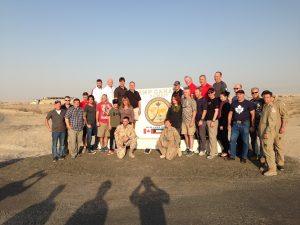 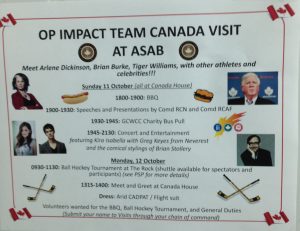 Dear America,
You have always been our cool older cousin. We wanted to hang out with you, be like you and do what you were doing.
Now, you’re like our crazy old uncle. We hope you’ll just sit in the corner and not get into trouble. 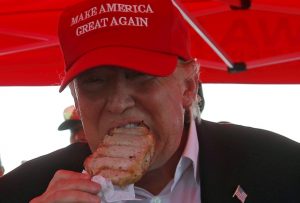 I just returned from another great weekend performing stand-up comedy in Saskatchewan. What terrific audiences they have; I always feel welcome and have a lot of fun with these shows. I look forward to being back soon.
I leave below the official flag of Saskatchewan! 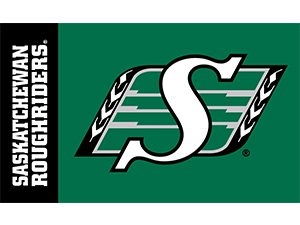 Do you ever get the sense that everything in the news is just a Hollywood creation?

For instance: The World Series between the Chicago Cubs and the Cleveland Indians was a perfect Hollywood script. We have two teams playing for the championship, both trying to win after a long drought. The Cubs haven’t won in 108 years and Cleveland last won 68 years ago. Despite Cleveland leading the series by three games, the Cubs make a remarkable come-back, winning two games to force game 7. The score is all tied up in the bottom of the ninth, pushing into an extra inning where the Cubs win! It was the perfect Hollywood ending! (except for fans in Cleveland). And interestingly enough, this is one thing Donald Trump doesn’t claim to be ‘fixed!’

And, speaking of the U.S. Presidential election, that’s coming down to the wire too! We’ve had more ups and downs in this election that can be counted. Hillary managed to gain a safe lead with the sex scandals, but now the Clinton emails are back and so is “THE Donald.” And now, just days away from the election, Hillary Clinton and Donald Trump are neck and neck (which, coincidentally is also known as a Mexican standoff).

No one in Hollywood with any sense for the ‘biz’ would create a blockbuster with a slam dunk for one candidate. Nobody would watch that, there needs to be a big build of suspense before the end, likely with a twist or two right before the big finish. It’s got to be entertaining because the networks need viewers so they can sell us stuff.

It all does have a sense of being scripted doesn’t it?
All that’s missing is Tom Hanks and Meryl Streep.

I often listen to the news on the radio. The announcers are always coming up with creative ways to say the headlines and sometimes they stick in my head. This is my response to some top stories.

I appreciate the Comedy Cave in Calgary letting me work this out on their stage.

I was at my local Calgary Canadian Tire Store today and they have removed all the Clown Costumes, however, they still have the Donald Trump Costume!
Quite frankly, I am more scared of the Trump costume… 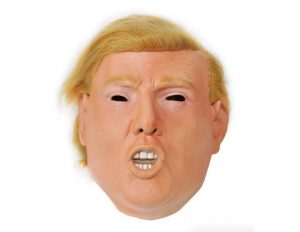 I was very saddened to hear the news of the death a wonderful comedian.
“We’re big pant people” Kevin Meaney
RIP

Here is a joke I wrote about the Toronto Blue Jays game I attended while headlining in Toronto at The Absolute Comedy Club.
Let’s go Blue Jays!

The recent snow must have reminded everyone the Christmas season is approaching!

I’ve just booked two more Corporate Christmas Shows and am looking forward to the 2016 season. The customization I do for many corporate events makes the shows a lot of fun. If you are looking to book a comedian for the 2016 Christmas season please contact me soon, as I am booking shows regularly and the seasonal dates are filling up! 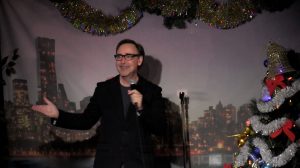